HISTORY ABOUT OUR GARRIGAN ASSEMBLY & THE 4TH DEGREE 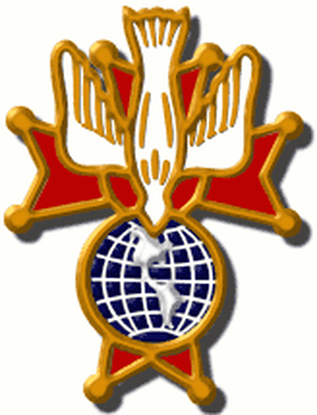 History about our namesake.

We are named after the first Bishop of the Diocese of Sioux City. Bishop Phillip Joseph Garrigan became Bishop in 1902. Was appointed Bishop by Pope Leo XIII.  Bishop Garrigan was Bishop from 1902 to 1919. He was the one who named our cathedral the Cathedral of the Epiphany. He was succeeded by Bishop Heelan in 1919.

History of our Assembly. 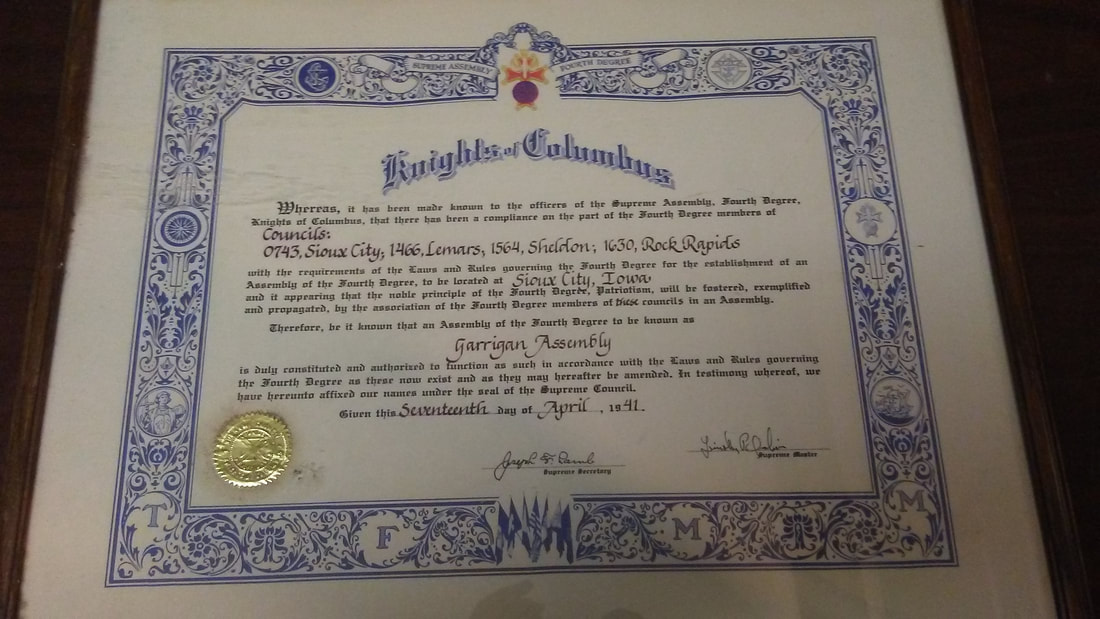 On April 17th 1941 the Garrigan Assembly was chartered. At that time we covered only four councils.
They were Council # 743 Sioux City, IA, Council #1466 Le Mars, IA, Council #1564 Sheldon, IA, and Council  #1630 Rock Rapids, IA. Times have changed since then we cover many more councils now and we have many more Brother Knights and many more Sir Knights in our assembly now. 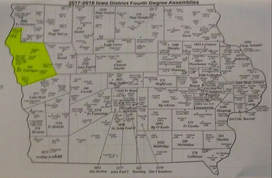 
FACTS AND HISTORY OF THE FOURTH DEGREE
Only about 18% of eligible 3rd degree Knights become 4th degree Sir Knights.
And less then 4% of that 18% join the Color Corp.
The Fourth degree was created on February 22nd 1900
The regalia has had some changes throughout the history of the fourth degree. 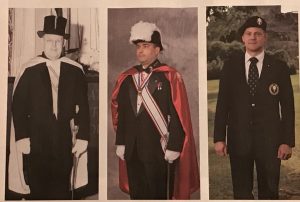 OUR SWORDS THROUGH OUT OUR HISTORY
CLICK ON THE BUTTON BELOW TO BUY A NEW SWORD AND TO GET YOUR SERVICE BALDRIC THIS WILL SEND YOU TO THE COLOR CORP INFORMATION PAGE ON THIS WEBSITE.

The Sir Knight Chalice is presented in honor of a Sir Knight in good standing at his time of death. And will have his name engraved on the chalice base with the years of the Sir Knight's birth and death and the chalice also has our 4th Degree logo on the base as well. The chalice will be used at the Sir Knight's funeral mass and will be hand delivered to a priest some were in the world to be used to celebrate Holy Communion during mass.

If you know of any Sir Knight's Chalice not being used for Holy Communion on a regular basis and is sitting on a shelf or in bad shape or if you have one call our  Faithful Chalice Society Chairman WILLIAM FERGEN at 712-253-7744 or email him at the email address below
​wpfergen@yahoo.com
And we will make the arrangements to get it back being used again during Holy Communion at a mass some were in the world. A lot of the chalices have been sent to third world countries so they can serve the Holy Communion there. Plus this helps the needy people of the world what a nice way to show our core value of Charity.
​
There are thousands of Sir Knight Chalices around the world being used at churches during mass around the world each day. And this is our way to honor our deceased Brother Sir Knights. 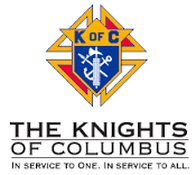